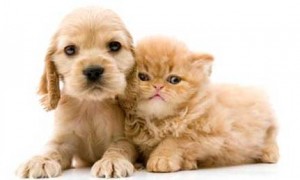 “Emotions are the gifts of our ancestors. We have them and so do they. No longer do we have to put words like happy or sad in quotation marks when we speak of animal emotions and animals’ inner lives. Animals will always have their mysteries but their emotional lives are public and transparent.”

Do animals have emotions? Of course they do. Just look at them, listen to them, and if you dare, smell the odors that pour out when they interact with friends and foes. Look at their faces, tails, bodies, and most importantly, dare to look into their eyes. What we see on the outside tells us a lot about what’s happening inside animals’ heads and hearts. Animal emotions aren’t all that mysterious.

When I first began my studies three decades ago asking the question ‘What does it feel like to be a dog or a wolf?’ researchers were almost all skeptics who spent their time wondering if dogs, cats, chimpanzees, and other animals felt anything. Since feelings don’t fit under a microscope, these scientists usually didn’t find any, and, as I like to say, I’m glad I wasn’t their dog! But now there are far fewer skeptics – prestigious scientific journals now publish essays on joy in rats, grief in elephants, and empathy in mice – and no one blinks, and the question of real importance is not whether animals have emotions but why animal emotions have evolved. Simply put, emotions have evolved as adaptations in numerous species.

They serve as a social glue to bond animals with one another and also catalyze and regulate a wide variety of social encounters among friends and foes. Emotions permit animals to behave adaptively and flexibly using various behavior patterns in a wide variety of venues. Research has shown that mice are empathic rodents but it turns out they’re fun-loving as well. We also read accounts of pleasure-seeking iguanas, amorous whales, angry baboons, elephants who suffer from psychological flashbacks and post-traumatic stress disorder (PTSD; elephants have a huge hippocampus, a brain structure in the limbic system that’s important in processing emotions), grieving elephants, otters, magpies, and donkeys, sentient fish, and a sighted dog who serves as a ‘seeing-eye dog’ for his canine buddy. Today, the paradigm has shifted to such an extent that the burden of ‘proof’ now falls to those who still argue that animals don’t experience emotions.

Many researchers also recognize that we must be anthropomorphic (attribute human traits to animals) when we discuss animal emotions but that if we do it carefully we can still give due consideration to the animals’ point of view. No matter what we call it, researchers agree that animals and humans share many traits including emotions. Thus, we’re not inserting something human into animals, but we’re identifying commonalities and then using human language to communicate what we observe. Being anthropomorphic is doing what’s natural and necessary to understand animal emotions.

We might expect to find close, enduring, and endearing emotional relationships between members of the same species, but improbable relationships often occur between animals of wildly different species, even between animals who are normally predator and prey! Such is the case for Aochan, a rat snake, who befriended a dwarf hamster named Gohan at Tokyo’s Mutsugoro Okoku Zoo and a lioness in Northern Kenya who adopted a baby oryx (usually an appetizer before a larger meal) on five different occasions.

It’s bad biology to argue against the existence of animal emotions. Scientific research in evolutionary biology, cognitive ethology (the study of animal minds), and social neuroscience support the view that numerous and diverse animals have rich and deep emotional lives. Here I focus on mammals although there are data showing that birds and perhaps fish experience various emotions.

Charles Darwin’s well-accepted ideas about evolutionary continuity, that differences among species are differences in degree rather than kind (there are shades of gray among different species, not stark black and white differences), argue strongly for the presence of animal emotions, empathy, and moral behavior. Continuity allows us to connect the ‘evolutionary dots’ among different species to highlight similarities in evolved traits including individual feelings and passions. All mammals (including humans) share neuroanatomical structures such as the amygdala and neurochemical pathways in the limbic system that are important for feelings.

pindle cells: A whale of a discovery

In scientific research there are always surprises. Just when we think we’ve seen it all, new scientific data and stories appear that force us to rethink what we know and to revise our stereotypes. For example, spindle cells, which were long thought to exist only in humans and other great apes, have been discovered in humpback whales, fin whales, killer whales, and sperm whales in the same area of their brains as spindle cells in human brains. This brain region is linked with social organization, empathy, intuition about the feelings of others, as well as rapid gut reactions. Spindle cells are important in processing emotions. Speaking of whales, there’s also a story about a humpback whale who, after being untangled from a net in which she was caught, swam up to each of the rescuers and winked at them before swimming off. The rescuers all agreed that she was expressing gratitude.

Mirror neurons help explain such feelings as empathy. Research on these neurons supports the notion that individuals can feel the feelings of others. Mirror neurons allow us to understand another individual’s behavior by imagining ourselves performing the same behavior and then mentally projecting ourselves into the other individual’s shoes. To what degree various species share this capability remains to be seen, but there is compelling evidence that humans are not alone in possessing it. Diana monkeys and chimpanzees help one another get food and elephants comfort others in distress. Mirror neurons also help explain observations of rhesus monkeys who won’t accept food if another monkey suffers when they do so, and empathic mice who react more strongly to painful stimuli after they observed other mice in pain.

The borders between ‘them’ and ‘us’ are murky and permeable, and the study of animal emotions helps inform the big question of just who we are. Another big question for which answers are revealed by studying animal passions is ‘Can animals be moral beings?’ I argue that they can be in my development of the phenomenon that I call ‘wild justice.’ Many animals know right from wrong and live according to a moral code.

Animal Emotions and Why They Matter

When people tell me that they love animals because they’re feeling beings and then go on to abuse them I tell them that I’m glad they don’t love me. I often ask researchers who conduct invasive work with animals or people who work on factory farms ‘Would you do that to your dog?’ Some are startled to hear this question because if someone won’t do something to their dog that they do daily to other dogs or to mice, rats, cats, monkeys, pigs, cows, elephants, or chimpanzees we need to know why. There’s no doubt whatsoever that, when it comes to what we can and cannot do to other animals, it’s their emotions that should inform our discussions and our actions on their behalf.

Emotions are the gifts of our ancestors. We have them and so do other animals. We must never forget this. When it comes to animal welfare we can always do better. Most of the time “good welfare” is not “good enough.”